Carleton County Crew Bluesfest Performance
On July 7th 2019 a group of talented competitors and supporters of the Ottawa Fiddle and Step Dance Association took the stage at Bluesfest in Ottawa as an opening act for Ashley MacIsaac.  Under the direction of Chad Wolfe, our group put on a performance to be remembered.

Many of our performers have long competed against each other, grown up together and supporter one another throughout the years.  There were multi generations of the same families on our stage both as musicians and as dancers.  Our common goal  was to showcase the music and dance that we love.  The Canadian style of traditional fiddle music and the expression of that dance came together to provide a thrill for the audience who themselves were dancing and taping along.  It was a big stage with a big crowd and we were to be followed by a Canadian icon.  What a night!!

It was thrilling to watch Ashley MacIsaac enjoying the numbers from backstage.  A few minutes before the performance, he had come out to greet many of the performers and to have his picture taken with them.  This is certainly a memory many will cherish.

Thank you to all the performers, to the parents, to Bluesfest. I would like to make mention that many of our musicians are teachers and professional performers themselves.  When they agreed to take on this project for the love of it (aka no pay) it was a special and lasting gift to the younger performers who could not have been there without your support.  THANK YOU!

Special thanks to  Chad Wolfe for agreeing to bring a group of 40 together for the evening.  This was no easy task but he handled us and the performance with true professionalism. And a huge big shout out to our MPP Goldie Ghamari for making sure we had this opportunity. 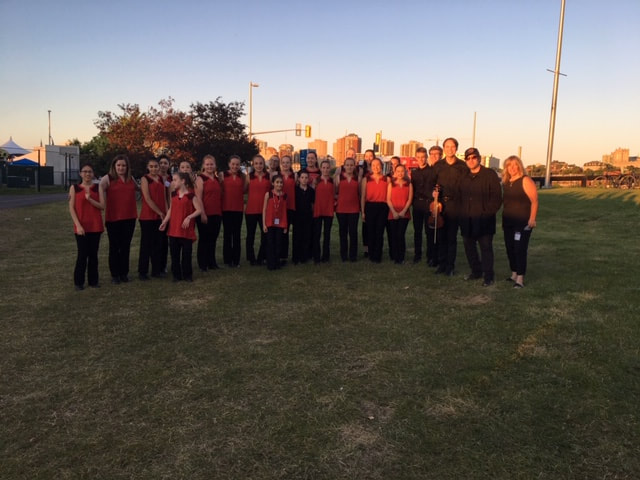 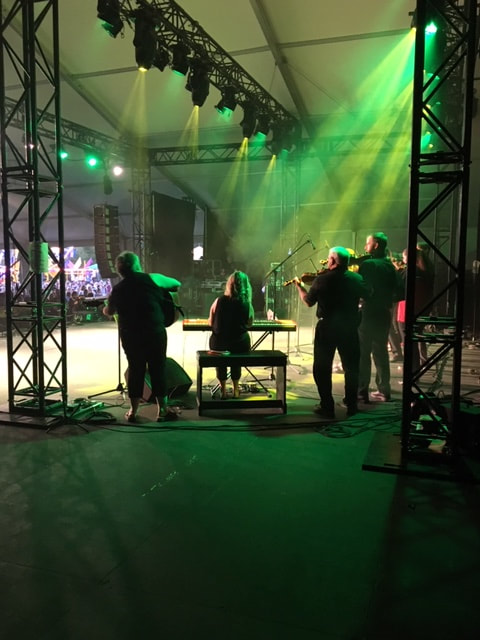 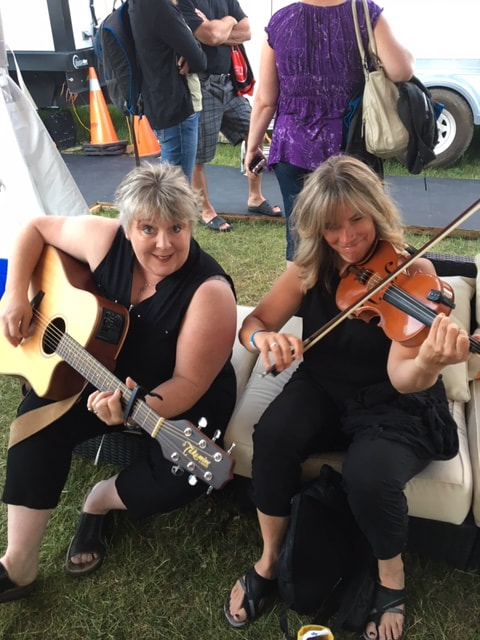 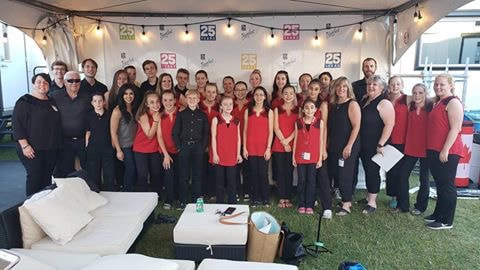 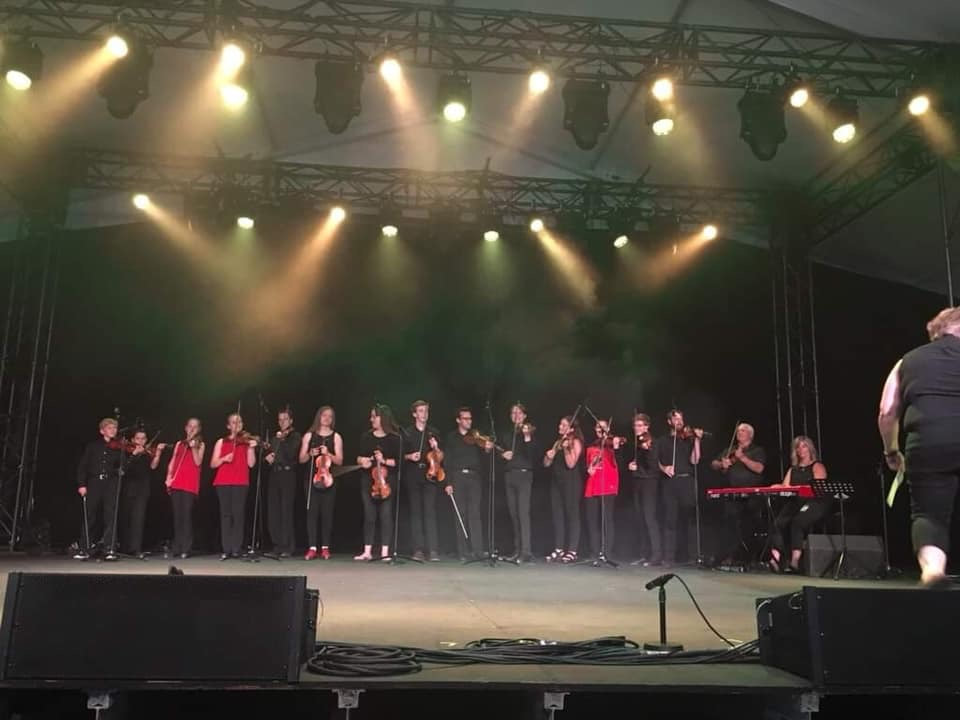 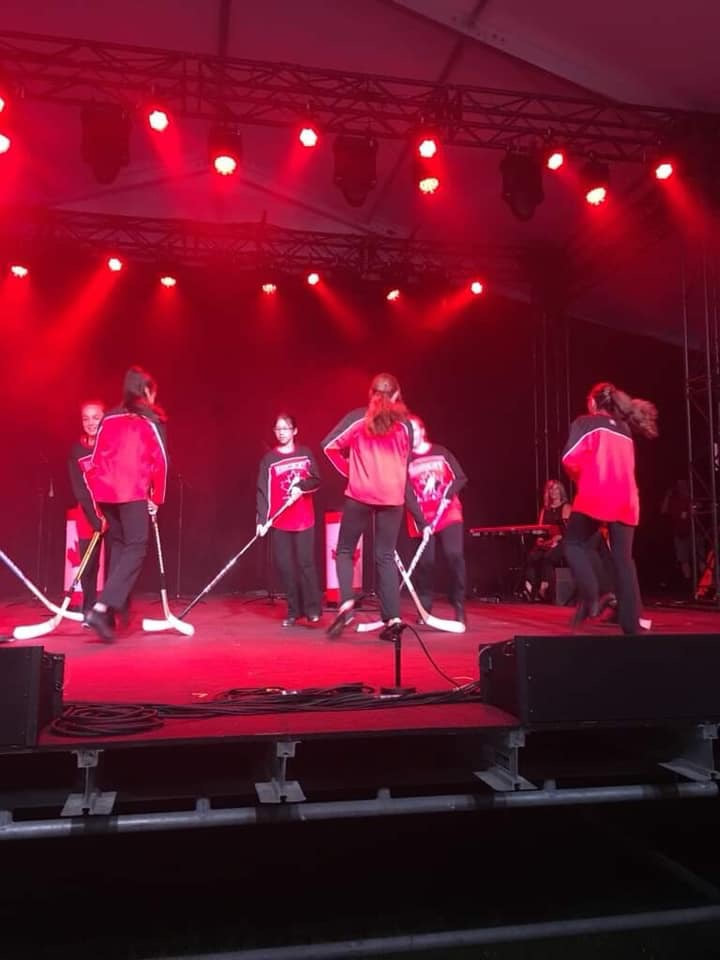